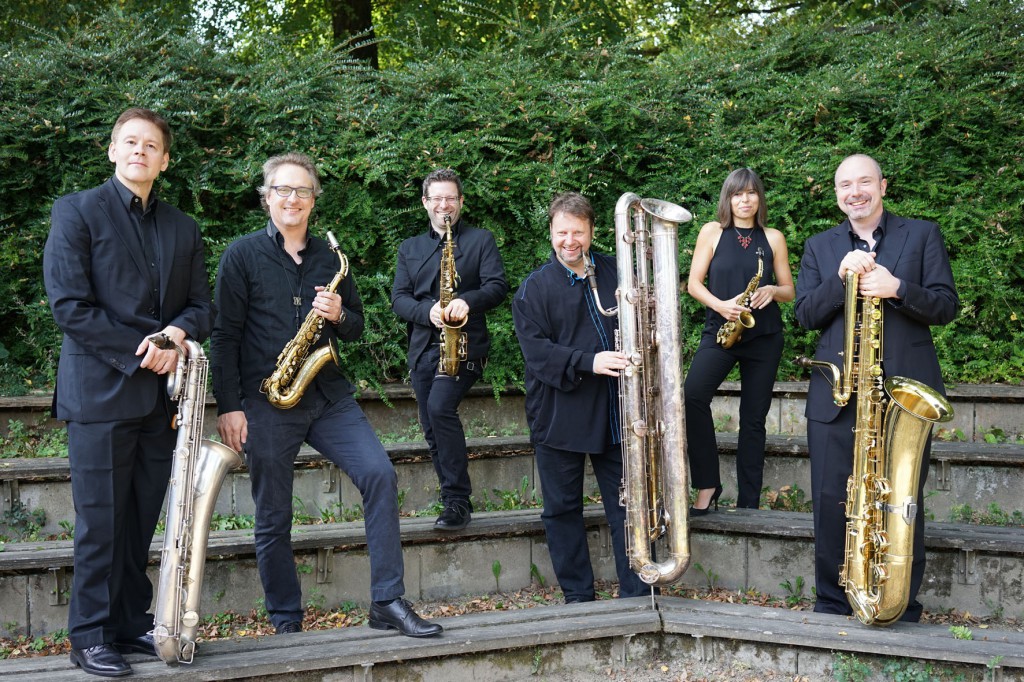 Christine Rall – Soprano saxophon Elliot Riley – Alto saxophon Andreas van Zoelen – Tenor -, Bass saxophon Kenneth Coon – Bariton saxophon Roger Hanschel – Sopranino-, F-Mezzosoprano-, Alto saxophon Steffen Schorn – Tenor-, Bariton saxophon, Bb-Tubax The best of two worlds united. The Raschèr Saxophone Quartet, the queen of the classical woodwind world. meets two internationally leading saxophonists of improvised music: Steffen Schorn und Roger Hanschel, long-time members of the Cologne Saxophone Mafia, composers, and initiators of countless projects of their own. Since many years Steffen Schorn and Roger Hanschel have  searched, through collaborative projects with other groups and with  solo projects alike, for the overlapping point between classical music and jazz, having having made music together with groups like  the Norwegian Wind Ensemble, ‪Ensemble Modern, or the Auryn Quartet, to name a few. Countless CDs have come out of these cooperations.  In this current project with the Raschèr Saxophone Quartet, this concept is now additionally, from the standpoint of  instrumentation, taken to a new level. Differences, both stylistic and in terms of approach, disappear before the eyes and yield to a  complete merging in the highest of levels  of two otherwise distinctly separate worlds. The genuine music of Schorn and Hanschel is sensual, breathtaking, virtuosic and beautiful. It was already clear to the newly founded saxophone sextet during  their first concert together that  there is a new combined language; a largest possible common denominator, comprised of a noble sound concept, stupendous virtuousity, uncompromising refinement of detail, highest level of a blend of sound.  Tireless exploration all the saxophone’s possibilities.